What Causes a Fire Sprinkler To Activate

What Causes a Fire Sprinkler to Activate

What triggers the activation of a fire sprinkler? The fundamentals of convective heat transfer.
Fire sprinklers comprise a network of piping filled with water under pressure. In the case of cold-weather dry sprinklers or pre-action systems, pressure air or nitrogen—to extinguish a fire. Individual sprinklers are installed throughout the piping length to protect the areas below.

Water sprinklers are helpful because of their capacity to react so swiftly to a situation. These lessen the risk of death or injury from a fire because they extinguish or contain the blaze. It gives people the time to flee and prevents fires from reaching dangerous levels in just a few minutes while it takes the fire life safety department to arrive on the scene.

If you have a room, a plume of hot gases will rise until it touches the ceiling. It will split and produce a ceiling gas jet that will push out to both ends of the room. The manufacturer states that the thickness of this jet flow is around 5% to 12% above the fire source. Once trapped within a jet, the heat-sensing element of the sprinkler is heated. It results in the conduction of heat from the surrounding air. When the piece reaches the thermal threshold, the thermal features activate.

Some sprinkler systems, such as pre-action sprinklers, are equipped with sophisticated detection systems capable of identifying several fire signals. In essence, though, all sprinkler system reaction boils down to the sensing of high temperatures. 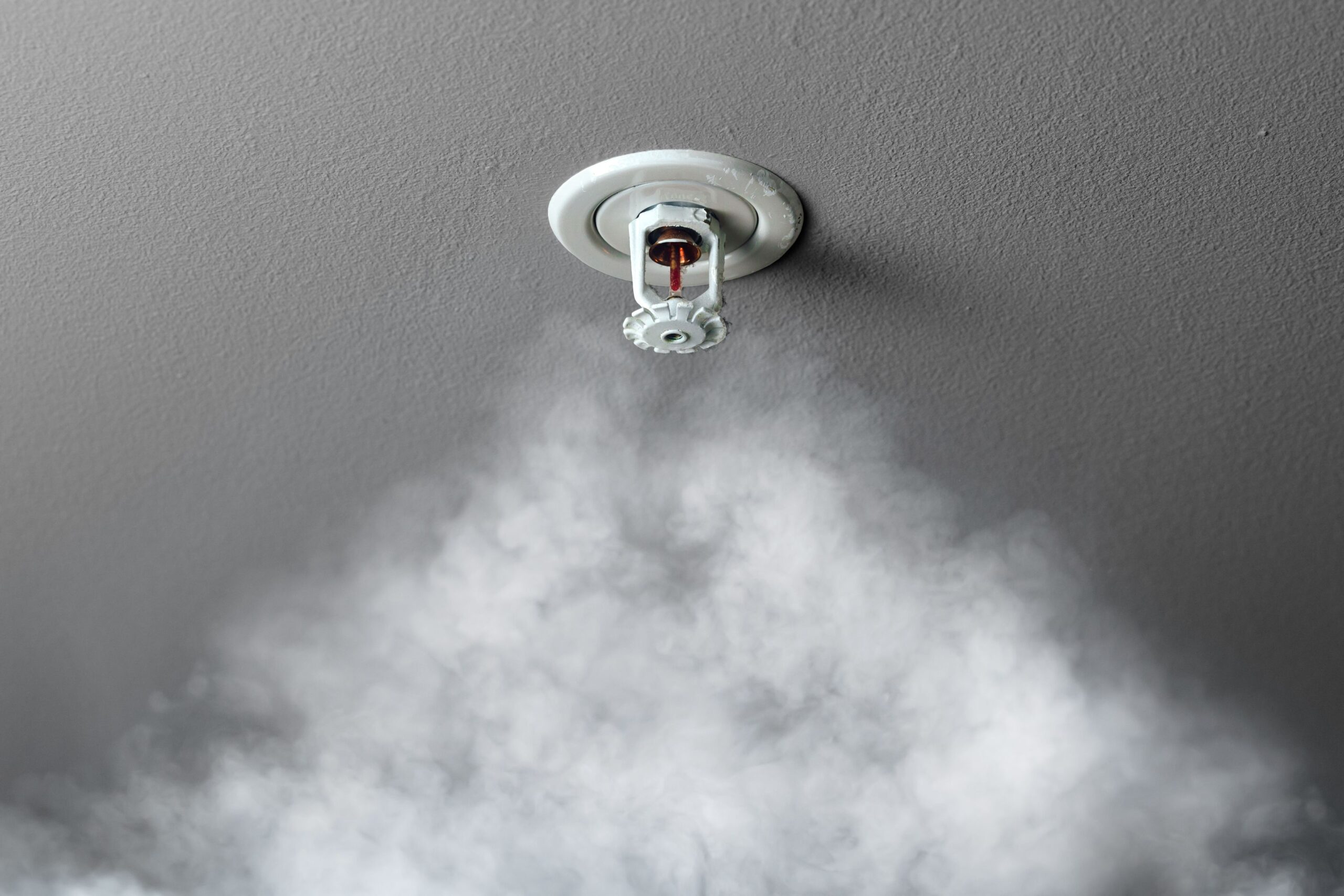 Air directly above the fire will rapidly heat once a fire starts, which causes it to spread quickly. The heat produced by even the most simmering fires is frequently sufficient to set off thermal detectors before they rage out of control. Once visible flames develop, the rate at which a fire spreads determines by the factors such as the type of fuel available, the arrangement of fuel sources in a room, and the amount of ventilation available.

The American Red Cross estimates that it only takes two minutes for a residential fire to become so fierce that it is too late to escape. For example, synthetic construction materials and furnishings burn hotter and quicker.

A fire can spread by transferring heat energy from flames in three different ways:

Radiation, sometimes known as heat, is the result of electromagnetic waves. For example, burning buildings can radiate heat into the surrounding structures, igniting objects within the system.

Heat energy transferred through a material due to direct contact, such as when a burning wastebasket heats a neighboring couch until it catches fire and engulfs the entire room in fire, is called conduction.

Convection is the movement of fluid or gas from hot places to more excellent locations due to the direction of a circulating medium, such as air. The fact that heated air is less dense than cold air causes it to rise and generate a plume or column of smoke and hot gas swirling high into the air.